If you are a Bible believing Christian then you agree that black lives matter, you must!  Let me give you a good reason why:

This passage is talking about value and worth.  There is neither Jew nor Greek indicates that neither nationality or skin color is of consequence to God.  To the original audience “Greek” meant “not Jew.”  So “Greek” covers every “race” other than Jewish.  There is neither slave nor free man speaks to socioeconomic 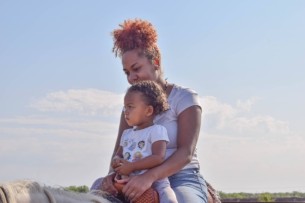 class.  A “slave” at the time this was written was an indentured servant in today’s terms.  This was the system of government that was prominent.  Slaves were certainly on the low end of the socioeconomic scale and that is of no consequence to God.  And finally there is neither male nor female.  God confirms that male and female are equal in value and worth to Him.  In one sentence God communicated equality with regard to worth and value for all races, socioeconomic classes and for both sexes.  So if  you are a Christian who believes that the Bible is inspired – this is truth.  All lives matter, black lives matter and All Black Lives Matter to God – and therefore they should to us.

The Politics of Race

Unfortunately in the day we live to say that “black lives matter” has become an explosive political football.  I am trying really hard to become a Colossians 3:2 guy – set your mind on the things above, not on the things that are on earth.  Which means more aligning with Heaven and less worrying about politics.  So I am not going to delve into the following topics we hear in the world when it comes to “black lives matter:”

I have my view of these things, but I’d rather stick to things for which I am certain.  Things that are clear in Scripture like these:

I would like to spend the rest of this article focusing on the two number 4’s above (specifically the two underlined words).  Because there is a conspiracy that began approximately 85 years ago and it is still going strong.  This conspiracy is racist and preys on young black lives as if they have no worth.  I will now let others do the speaking for me by simply listing quotes.  I am rather certain you will see the immoral conspiracy (if  you cannot – the headings will prove helpful).

LIFE Begins in the Womb

“Before I formed you in the womb I knew you, And before you were born I consecrated you;  I have appointed you a prophet to the nations.” Jeremiah 1:5

For You formed my inward parts; You wove me in my mother’s womb.  I will give thanks to You, for I am fearfully and wonderfully made; Wonderful are Your works, And my soul knows it very well. Psalm 139:13-14

We do not want word to go out that we want to exterminate the negro population. Margaret Sanger, founder of Planned Parenthood in a letter to Dr. Clarence Gamble in December 19, 1939.

I accepted an invitation to talk to the woman’s branch of the KU Klux Klan.  Margaret Sanger.  In 1926 She spoke at a KU Klux Klan rally.

They are human weeds, reckless, breeders, spawning human beings who never should have been born. Margaret Sanger writing about immigrants.

In 2015 blacks made up 13.4% of the US population and accounted for 36% of the abortions according to the CDC. CNSNews.com

36% of abortions in America today are black babies though they make up about 11% of the American population.  AFA Radio

Since the Bible is clear that human life begins in a mother’s womb – this matters and we must respond!  Whether that means you begin to educate people about this conspiracy against precious black lives, or  become a pro-life activist, or spend time praying fervently for: our nation, politicians, judges, unborn babies, for God to change hearts and

minds about abortion and bigotry, or all of the above is between you and the Lord.  But this matters and the Body of Christ needs to respond in love and truth.  We as children of the King need to align with the King’s thoughts and the King’s ways (Galatians 3:28).  We need to align ourselves with Heaven, Therefore if you have been raised up with Christ, keep seeking the things above, where Christ is, seated at the right hand of God.  Set your mind on the things above, not on the things that are on earth. (Colossians 3:1-2)

One last thing, “all lives” includes women who have had abortions and people currently working in the thriving abortion industry.  There is forgiveness, grace and redemption available in Christ – but only in Jesus Christ.  I hope that Margaret Sanger came to know the Lord Jesus before she departed from this world just as I hope each one who reads this article will come to know Him – if not already.  But those of you who do know Him, let’s get aligned with Him and pray that the Lord’s Spirit will sweep through our land with a glorious awakening and revival – removing hate and bigotry, healing hurts and changing lives.  Because all lives matter; black lives matter, ALL Black Lives Matter.

Follower of Jesus Christ. Husband to Velvet; Dad to five children; Pastor since 2003. Received Master of Divinity degree from Southwestern Baptist Theological Seminary. Called to teach and invest in lives. View all posts by Danny

Welcome to my blog!

My aim is for you, if you have been frustrated having heard doctrinal debates, denominational positions and theological speak, to come; and leave encouraged and enlightened by the life changing truth of the Bible presented in a clear and concise way. Feel free to subscribe or leave a comment. God bless!
Loading Comments...
%d bloggers like this: